What are Uterine Fibroids or Uterine Myomas? 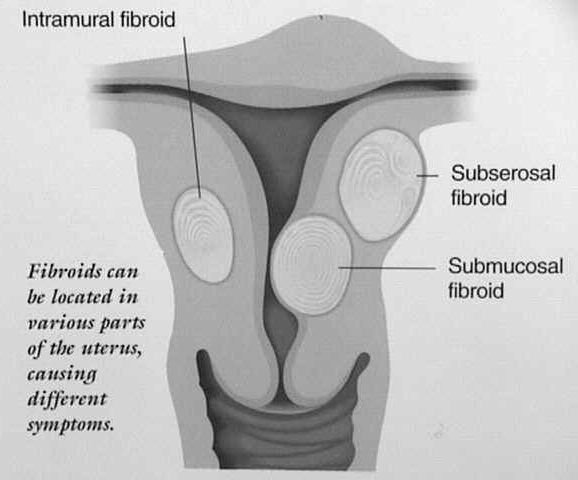 Uterine fibroids are non cancerous tumors (benign) which develop in the muscular wall of the uterus. Eventhough fibroids do not always cause symptoms, their size and localization may condition problems in some women, including pain and abundant bleeding.  Typically they improve after menopause, when estrogen levels (feminine hormone which circulates in the blood stream) diminish in a dramatic manner.

Fibroids vary  in size from very small ones up to the size of a melon or even larger.  In some cases, they  may  increase the size of the uterus to that of a  5 months pregnancy or more. Fibroids may locate in several parts of the uterus.  There are three types of primary uterine fibroids.

Subserous fibroids, which develop in the outer layer of the uterus and grow outwards.  They do not affect typically monthly flow but they may produce symptoms due to their size and pressure.

Intramural fibroids, which develop within the uterine wall making the uterus feel larger than normal.  Those are the most common.  They may produce an important monthly bleeding and pelvic pain or pressure.

Submucose fibroids, those are located deep in the uterus, just below the lining of the uterine cavity.  These are the less common but frequently produce symptoms, including abundant and long lasting bleeding.

You may hear fibroids called by other names including myoma, leiomyoma and fibromyoma.

Which are the typical symptoms? 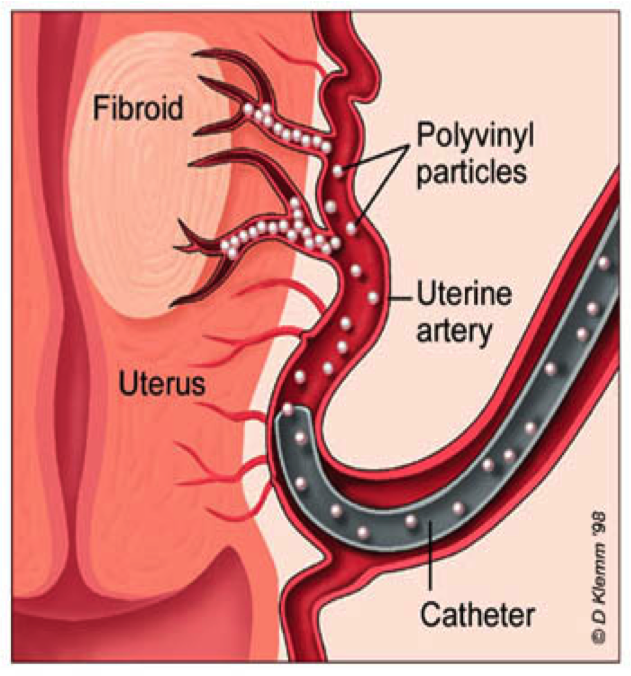 Depending on their location, size and number they may cause:

Who are the most prone women to have Uterine Fibroids?

How are Uterine Fibroids diagnosed?

Usually they are diagnosed during a gynecologic physical exam.  Your physician will perform a pelvic exam to feel if your uterus has increased in size.  Presence of fibroids is more commonly confirmed by ultrasound.  Fibroids may also be confirmed using magnetic resonance imaging (MRI) and computer tomography (CT SCAN).  Adequate treatment depends on the size and localization of fibroids, as well as severity of the symptoms.

Get More Information orRequest A Consultation Now.
Call: 305-907-6191Do you have questions? Call us today
uxicached